The Academics Network of the Society of Transnational Academic Researchers (STAR) is dedicated to encouraging transnational research, or collaborative study between scholars that have a positive influence on mankind beyond national borders. Star Scholars Network is offering four types of awards for eligible candidates. And the nominations for the Global Connections Awards 2022 are being accepted by Noam Chomsky. The Global Connections Awards honor “Star Researchers” for their outstanding achievements and significant contributions to worldwide research that best exemplifies scholarship and/or collaboration among scholars worldwide.

Eligibility Requirements for the North Star Medal of Lifetime Achievement:

Eligibility requirements for the Shining Star Achievement in Research Award:

Eligibility requirements for the STAR Humanitarian Award in Global Health:

Each year, the STAR Scholars Network chooses an Awards Selection Committee to supervise award categories, nomination procedures, submission standards, and award selection. The awards will be presented at the 2022 Annual Conference, which will be held on December 7-8, 2022.
Dr. Anita Pandey, Professor of Applied Linguistics, Professional Communication, and P-12 Teacher Education at Morgan State University in Baltimore, Maryland, USA, chairs the 2022 Awards Committee. All submissions will be carefully reviewed by committee members.  Additional volunteers could be selected, based on their expertise and the focus and language of the submissions received.

Members of the Star Scholars Network and others are encouraged to submit e-nominations in any language. Fill out the online application on the Star Scholars Network website or send an email to Dr. Anita Pandey, at [email protected]. Chair of the Awards Committee, labeled “Nominations for the Star Award.” Only complete applications will be considered.
Your submission must include the award (which of the four prizes listed above your nomination should be considered for) as well as the name or title of the candidate, work, or organization you are proposing. Next, explain why you’re nominating. Include your credentials or a bio, as well as URLs or attachments to the (audio)visual file or publication for which you are nominating. Please keep in mind that self-nominations will not be accepted.

If you have any questions about the 2022 awards, please contact Dr. Anita Pandey at [email protected].

Technical inquiries regarding the submission system should be sent to [email protected]. 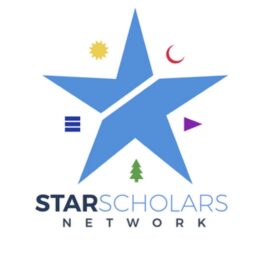 Know someone who would be perfect for this opportunity? Share it

Apply for this Opportunity